Blue Mountains Refugee Support Group endorses the Uluru Statement from the Heart and supports the Statement’s invitation for all of us to work together for the recognition of Aboriginal and Torres Strait islander sovereignty and a future that connects us to each other. We wholeheartedly support the establishment of a First Nations’ Voice to be enshrined in the Constitution and a Makarrata Commission to lead to truth telling and treaty making.

The Uluru Statement from the Heart is a national First Nations statement that was developed by 250 delegates at the National Constitutional Convention in May 2017, following a consultation process involving 13 regional dialogues across Australia and 1,200 representatives. The Statement outlines three strategies (Voice to Parliament, Truth Telling and Treaty making) which support the process of self-determination essential to the wellbeing of all Aboriginal and Torres Strait Islander Peoples.

BMRSG  asks that the Australian government listen to this powerful call and act to constitutionally enshrine a First Nations Voice to parliament so that Aboriginal and Torres Strait Islander peoples all over Australia, including the Blue Mountains’ Gundungurra and Darug communities, can have a voice on the laws, policies and programs that impact their everyday lives. We support the establishment of the Makarrata Commission to supervise the truth-telling and treaty making that must occur before we can all move towards a future where we share an identity and all, including newcomers, feel proud to be Australian. 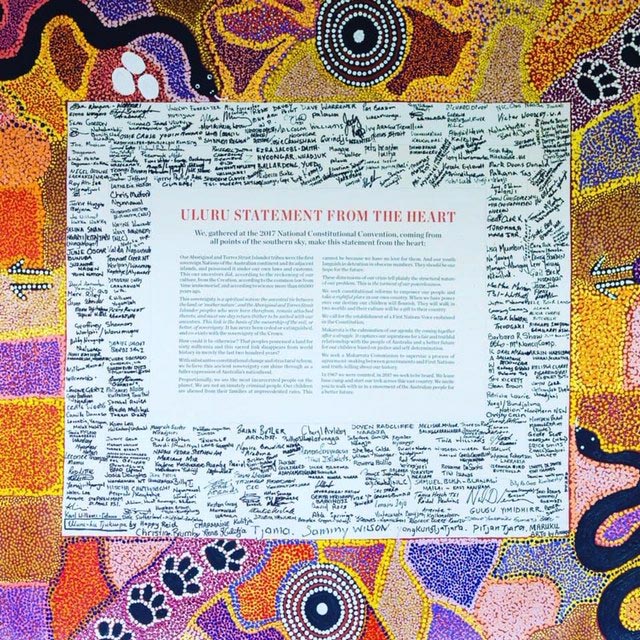