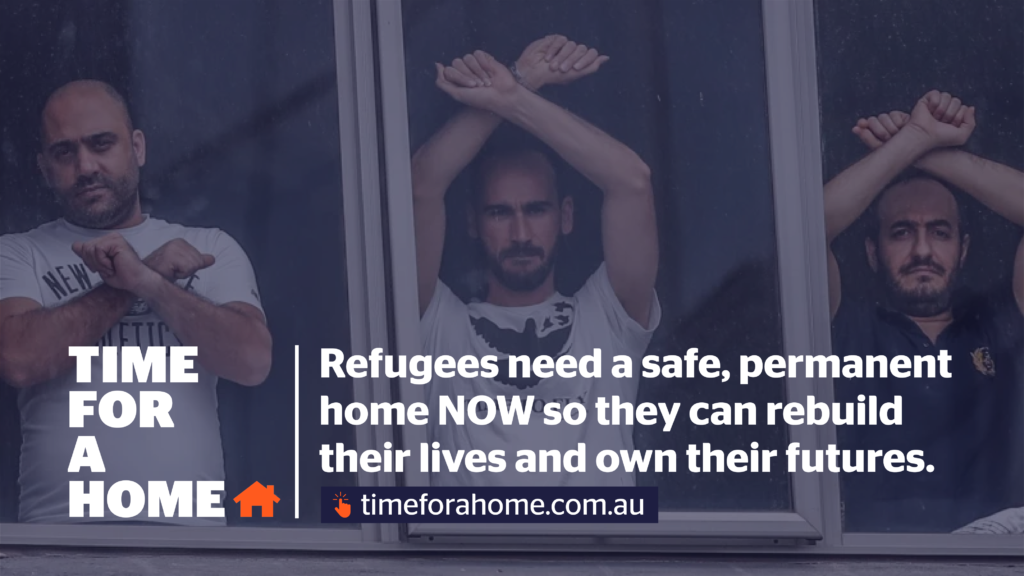 No matter where we come from or how we got here, everyone needs a safe place to call home.

But for nearly eight years, successive governments have enacted harmful policies against people seeking asylum, including the indefinite detention of those who arrived by boat after 19 July 2013.

Today, there are over 250 people held against their will in Papua New Guinea and Nauru. Over 1000 women, men and children have been transferred to Australia for critical medical treatment and now live in ‘transitory’ visa limbo. Over 150 of those people are held in locked immigration detention centres known as APODs (alternative places of detention).

Countless Parliamentary and Departmental inquiries, UN investigations, reports by the Australian Human Rights Commission, and numerous whistleblowers, including the government’s own doctors have repeatedly told us the same story of systematic abuse, violence and medical neglect of people held in detention facilities. Tragically, 13 people have lost their lives as a result of Australia’s offshore detention regime.

After nearly eight years, it’s time Scott Morrison and the Government commits to the resettlement of people seeking asylum and refugees in a safe and permanent home.

It’s time for release from detention.

It’s time for a home.