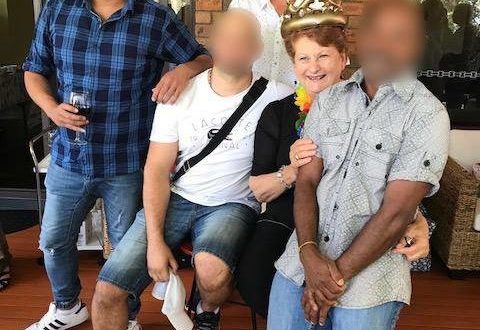 Mountain Activist off to Bourke

Bourke has gained a treasure, while the Blue Mountains, especially the Refugee Support Group Detention Centre visiting team, have lost Kath Sneddon, one of their great stalwarts. Refugees in Sydney have lost a great advocate.

Kath’s cheerful energy has lightened many a depressing day at the Villawood Detention Centre while her home cooking and great free range stuffed eggs were a great favourite with home sick refugees stuck in indefinite detention – until Minister Dutton’s Border Force decided home cooked food was a security risk!

Kath’s ability to make friends and provide a sense of warmth and acceptance will be greatly missed especially in the current visiting environment where board and card games are also not allowed in. Kath didn’t just visit refugees in detention she supported them with friendship when they were released into the community and hosted people in her home.

Her indomitable energy in attending demonstrations, her political insights and connections, her support of so many of the causes for good in the mountains have had reaching effects.

Her farewell in November was attended by many of the asylum seekers that she has befriended and who saw her as their Aussie mum. We miss you already Kath!