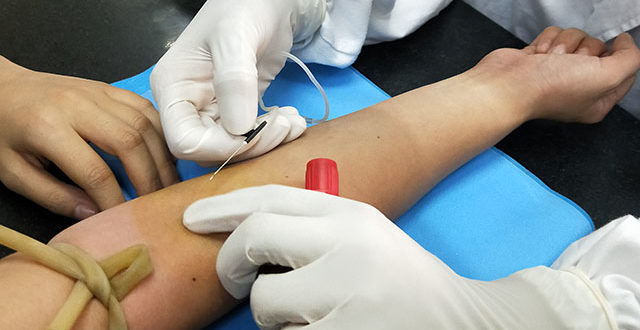 Many of the members of refugee households, supported by BMRSG, suffer from poor health and some suffer with chronic illness. Often this is a result of the trauma and torture they have experienced. They can’t afford essential medications. One family has 5 children. They receive no government support. Their 10 year old son is asthmatic and the father is diabetic and suffers from depression.  The family have to find up to $200 each month to pay for medications. This is on top of $475 weekly to cover rent, which recently increased by $35/week. BMRSG continues to support this family, ensuring that they can meet medical costs and also have a roof over their head.

Today BMRSG  received an invoice for $98 for blood tests for the father of another refugee family we support. The family could not afford to pay the bill which was from a well known pathology company . That company had passed the bill on to a legal firm who sent the invoice on to a commercial credit company. We received the invoice a month after it was issued by the lawyers. Neither parent speaks much English and it was left to their daughter to contact us and deal with it. This family has suffered much, including torture in Iraq and again through ill health and poverty here in Australia.
They spend most of their Centrelink payments  on rent . They have had to move at least five times in the years we have known them.

A man has just been released into the community after five years detention.  He is staying with his sister but sharing the bed with a family member in a small flat.    Our community visitor sourced a single bed, doona and sheets from the Salvos and local supporters

Annette, a qualified and experienced teacher of English as a second language, meets a young Tibetan man, in a Katoomba cafe where they practice basic everyday conversation.  The young Tibetan man now living in Katoomba has very little English.   Annette enjoys teaching, and works with him on vocabulary, sentence structure and the past tense,
and he tells stories of his life and experiences. There is a lot of repetition to help him remember, and he does some simple written work at home. Annette is currently helping him with vocabulary and phrases related to driving and road safety as he  wants to get a driver’s license and is very keen to learn.

These are just four example of the individuals and families your donations help us support.