Warrimoo man, Ivor Houston, was welcomed in Katoomba this week and again in Glenbrook on the last leg of his journey on foot from Perth to Bondi Beach.

The 22 year-old left Perth in May, 2021 on a 4000km journey to raise awareness for refugees and asylum seekers.  He plans to be at Bondi Beach 11am on Sunday 28 November.

“When I get to Bondi I have to swim in the South Pacific, as soon as my skin comes into contact with the water I can say I’m done,” Mr Houston told The Lithgow Mercury.

Ivor’s journey took him across the Nullabor and the seemingly endless Hay plain but it was the trucks he had to fear on his trip to Katoomba where he was welcomed by his family, friends, dog Indie, Deputy Mayor, Chris Van der Kley and BMRSG supporters.

“I’m quite passionate about humanitarian displacement and I always had a dream of walking across Australia, I don’t know why and I ask myself why about 10 times a day when I’m walking.

“But I wanted to do something to raise awareness about something I’m passionate about and doing this trip, I just thought it worked perfectly,” he said.

He said it has been mentally and physically challenging but it was a privilege to be able to walk thousands of kilometres across a free country.

“This trip is way bigger than me now. I’ve just had to keep walking, keep telling myself to take the extra step,” he said.

“There are millions of refugees around the world that have to flee their country. I’ve got a fancy cart, equipment and a personal locator beacon. I have all this but people that are fleeing their home or country don’t have that stuff and it’s crazy,” he said.

Ivor was welcomed at Glenbrook Park by Blue Mountains Mayor, Mark Greenhill.   Ivor said, “I have such a privilege to be able to walk 4000km and to not have any borders where if I walk in, I get shot or walking away from gunfire or natural disasters. I’m just a guy walking.”

He was averaging 45 kilometres a day of walking and said he didn’t train for the journey.

“My first day I did 22 kilometres and then slowly built myself up. It took me probably three months to get 45 kilometres consistently,” he said.

He said looking down at his footprint tattoo on his hand, inspired him to keep walking.

Along with raising awareness, he has a fundraising goal of $20,000 for two organisations – Blue Mountains Refugee Support Group and Act For Peace.

“I wanted to raise funds for Blue Mountains Refugee Support Group because they helped the family that lives with us so I wanted to give back and say thank you and Act for Peace do incredible work for domestic and international refugee displacement aid,” he said.

At time of publishing Ivor Houston had raised $13,555 for Blue Mountains Refugee Support Group and $6,310 for Act for Peace.

Read  SBS News article   Meet the man who walked 4,000 km from Perth to Sydney to raise funds for refugees 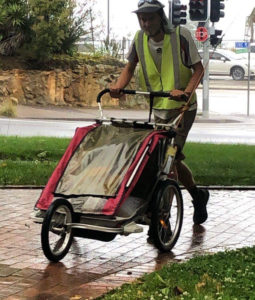 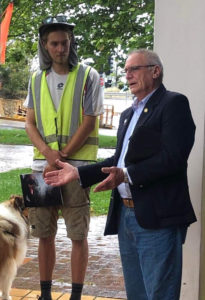 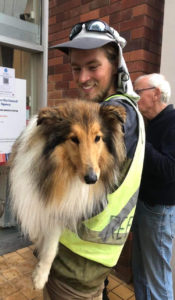 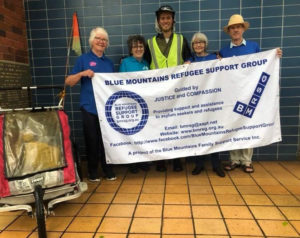 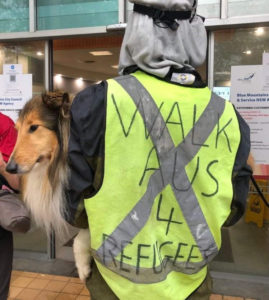 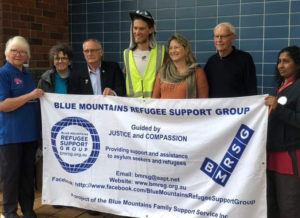 Ivor with his parents and BMRSG supporters 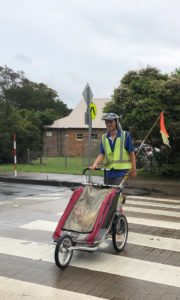 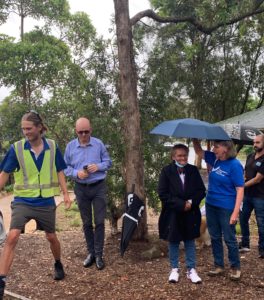 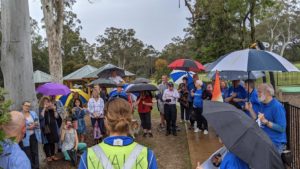 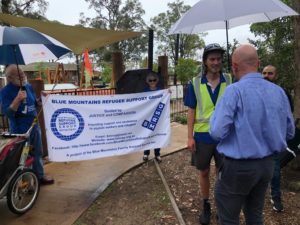 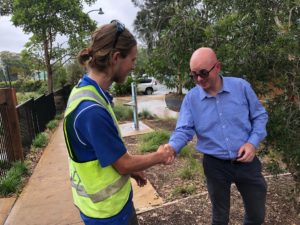