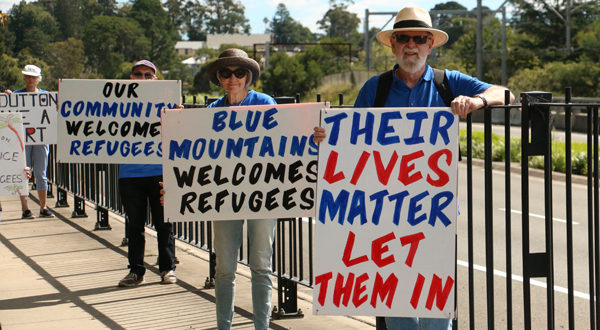 Blue Mountains’ residents gathered in Lawson on Palm Sunday to advocate for justice and a fair go for refugees. Approximately 150 people attended the event organised by The Blue Mountains Refugee Support Group (BMRSG) as an alternative to venturing into Sydney on March 28 for the traditional Palm Sunday Rally for Refugees.

With the uncertainty of the pandemic, BMRSG says organising a smaller event in Lawson has resulted in several local organisations supporting the event. “We are hoping to bring together Mountains people,” says Event Organiser, Julie Brackenreg. Springwood Uniting Church Ministers Leigh and Graeme Gardiner say the purpose of the rally is to say there is a need for change. “It is a matter of human decency. We don’t want to be part of a nation that has gotten by with such cruelty towards the most vulnerable of people,” he says. Mr Gardiner says he is calling out the hypocrisy. “It’s hard to ignore the fact that in this past week our Prime Minister has invoked the welfare of his children as a cause for moral behaviour at the very same time that there are other children that we have totally forgottenthat we are causing irreparable harm to,” he says.

BMRSG aims to “widen public understanding of refugee and asylum seeker issues.” Ms Brackenreg says with the high visibility location, they intend to use the rally as an “awareness campaign.”

In a statement, Federal MP Susan Templeman apologised for her lack of attendance but encouraged the community to continue sending emails to all politicians in support of the needs of refugees. “Thank you to everybody who continues to in many ways to work for
justice and compassion in our community,” she says.

Ms Gardiner says it is important to seek justice in our society. “We really want to support these people who just want to be able to live. Let’s have a shared humanity and let’s care for seekers of asylum and refugees,” she says. 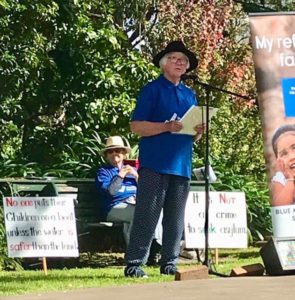 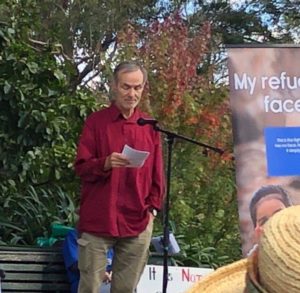 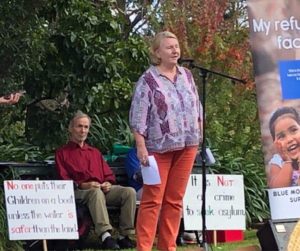 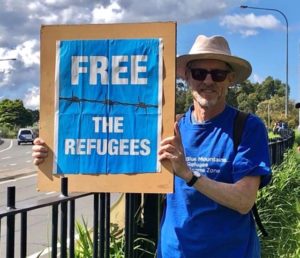 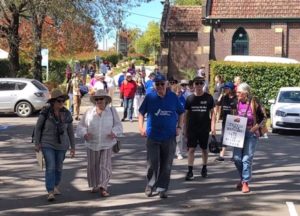 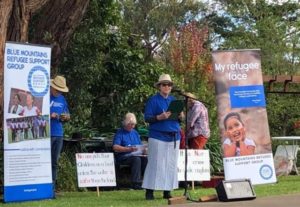