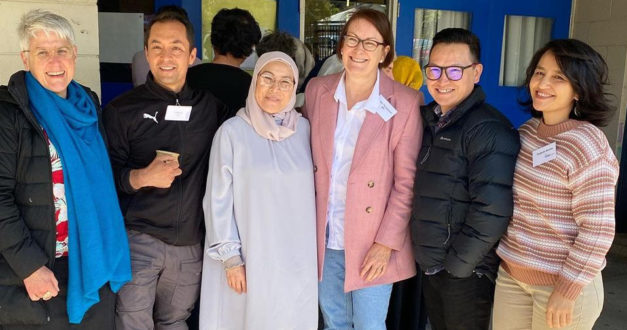 “Australia’s inhumane treatment of the people who are refugees must stop – let’s end offshore
detention, and all refugees on temporary visas must be granted permanent visas without delay”, Dr
Jonathan Strauss, the new President of Rural Australians for Refugees, said as RAR’s 2022
conference began last night.

“Regional Australians have gathered here in Katoomba because there is still so much work to do to
win the compassion and rights refugees deserve”.

Dr Strauss, who lives in Cairns, has joined activists from the 70 RAR member groups and their
supporters at the conference. He said “The refugees who have joined with us here have raised their
voice for a permanent change to how refugees are viewed in this country. We agree.

Refugees should be welcomed. They are and will be a valuable part of our communities.

All refugees should have access to tertiary education, which is denied to many of them, right now.

There are also 14,000 refugees in Indonesia who have wanted to come here for up to a decade. For
now, they can’t even apply for this under the humanitarian program.”

Dr Strauss said, “Speakers such Craig Foster and Angela Fredericks are driving home that people can
come together to turn Australia to compassion. Already there is popular support for Afghan
refugees, but they need more visas and they need to be issued now.

The current refugee policy has the major parties and the much of the media stitched up and
without answers, Dr Strauss said. “People here are calling for a Royal Commission into immigration
detention, because that’s the only way to break through the shroud of secrecy imposed by the
contracts for private companies to run the camps and to protect the refugees who want to speak
out”