Recently, in between lockdowns Paul and I were in Melbourne. This gave us an opportunity to catch up on two of our star players from Ocean 12, Sathesh and Dishan

Sathesh invited us to watch him play in a 20/20 game and afterwards we all went out for lunch. This delightful young man started playing with Ocean 12 when he was still at school. It was obvious from the beginning he had loads of potential. For those of you who know about cricket he was an All Rounder. He won our hearts easily with his relaxed and pleasant manner. He was a contributor to our first and second Australian Championship wins. Unfortunately, he had to make the move to Melbourne. He was granted a Temporary Protection Visa, (TPV)and very quickly a position in a leading hotel in Melbourne as a cleaner. He quickly joined a cricket club and as they say the rest is history.

He became a contracted player for East Coburg. This means he was paid so much per wicket, per catch and the number of runs he scored. His reputation grew. As his position in the hotel required shift work the club arranged a position for him handling packages for Australia Post. No shift work!

2020/21 was an outstanding season for him. He was awarded possibly the greatest award to a cricketer…. The Players Player. He also won trophies for bowling &email Batting and just to top it off a Hat Trick. For the uninitiated that means he took 3 wickets with 3 balls ….

Despite all his success he has not changed. He still plays for Ocean 12 when he can. He is a gentle, respectful man with outstanding qualities. His visa status is always a worry for him. His 3 years TPV expired 18 months ago. He reapplied before it expired, and he is still waiting.

When an Asylum Seeker is granted a Safe Haven Enterprise Visa, they are required to spend a period in an area with specific post codes. Dishan moved to Packenham with his wife and 2 beautiful daughters. Dishan was also a valuable player in Ocean 12 and contributed to our major successes. Not only did he gain respect as a fine cricketer but also as a painter. He did many jobs for friends of BMRSG. His work was utterly amazing and always resulted in many accolades. He loved to stay the night and would entertain us with tales past and present. Not only did we miss him in Ocean 12 but those painting tasks always needed his talent.

We caught up with him and we all went out for dinner. His young girls are very happy at their school and this young family are contributing to community life and loving it. He has a position as Powder Coater. From what I understand a position that requires skill and great caution.

He isn’t playing cricket at present but prefers to spend the time with his family. Over dinner we laughed and shared stories from both camps. The family are happy but always in the back of their mind is the need to resubmit the visa in 18 months’ time.

With all the dreadful news at present I really feel proud to share with you the extraordinary contribution Sathesh and Dishan and family are making to life in Australia.

Dishan with his family 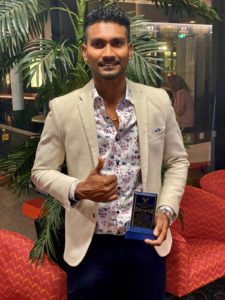 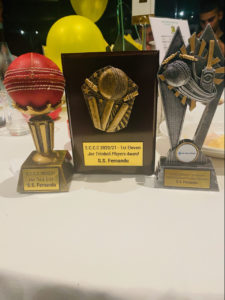