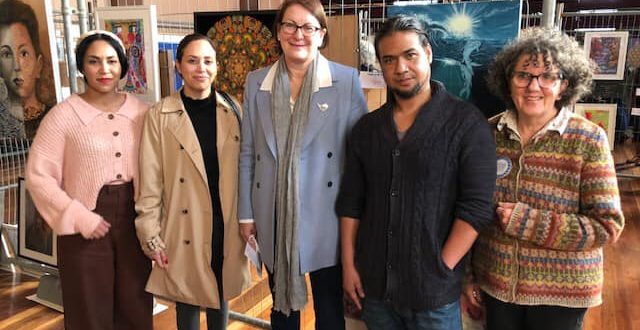 BMRSG held a very successful Art Show to showcase the work of artists who came seeking asylum and to raise money for our support of refugees, at Wentworth Falls School of Arts.   The art show raised about $7500
Support for the show was overwhelming, our members, supporters, community and refugees themselves were very generous with their time, expertise, and donations of artwork.
The show was opened by Federal Member for Macquarie, Susan Templeman.  Two artists, who came to Australia as refugees but were detained on Nauru, spoke of their traumatic experiences.   One speech is below.

It meant so much to have our refugee friends display their art and craft work and tell their traumatic stories to the audience at the opening and to be able to talk to our local federal member Susan Templeman individually.

Chair of BMRSG, Kathie Herbert said, “We are humbled by the generosity and commitment to social justice of this wonderful community, we thank you.” 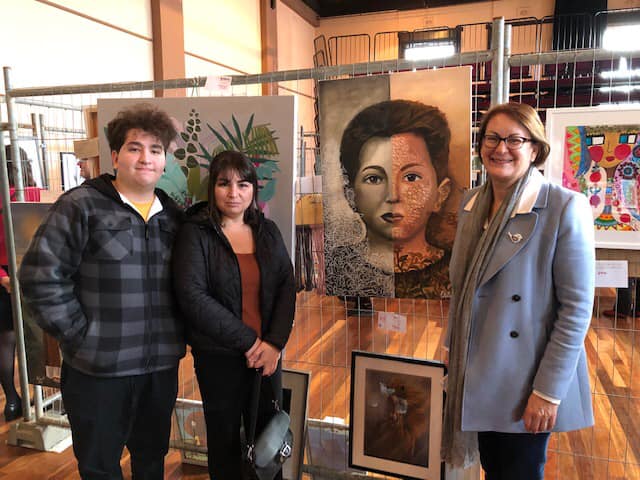 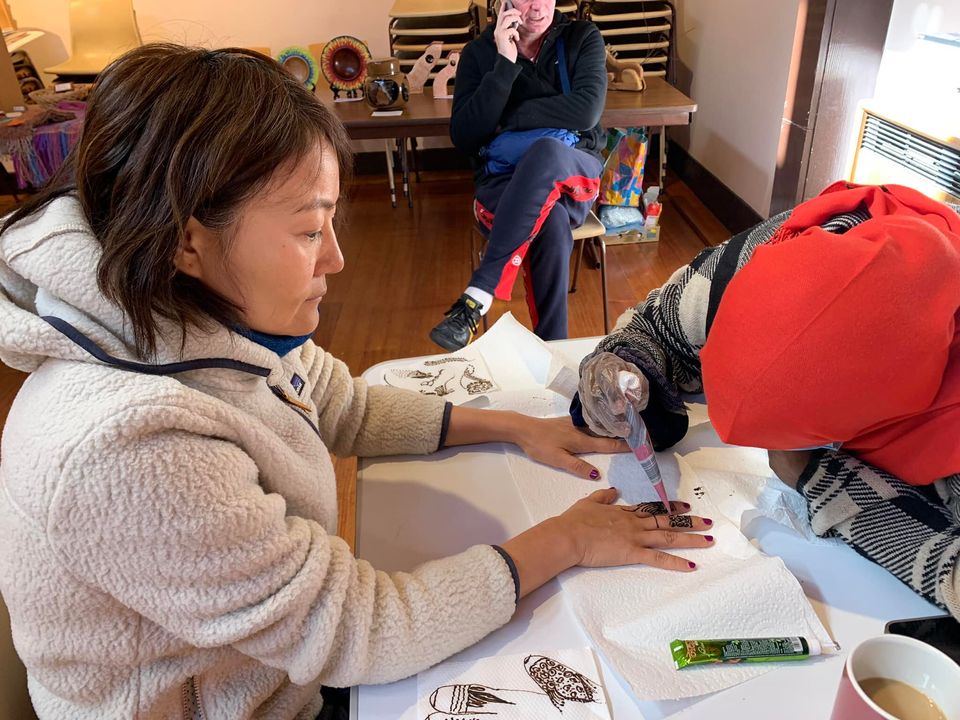 My name is S….
with the permission of all the refugee artistsMay  I speak on behalf of them….FIRSTLY I would like to thank BMRSG for giving us this opportunity to display our art at this exhibition.
Today, I am here to convey a message in this short opportunity, as a representative of the refugee community who reached the borders of Australia by boat about 10 years ago to escape of their problems and sufferings and take refuge to the country of justice, humanity and peace.
All these refugees are living in Australia under temporary visas almost 10 years far away from their homeland and family without rights of normal people and citizens and unable for make dreams and plan to have a future in this country.
Me, … as one of the community of these refugees who have been waiting long time to change their visa conditions am  still waiting for the good news for the smaller refugee community,(victims from the policies of 19 July 2013.)
I’m one of the refugee who sent to Nauru Island, I spent 6 years of my life in off shore processing center of Nauru Island in the prison and detention of despair and waiting and 4 years under the community detention visa in Australia, while there are many refugees who still living in Limbo in Nauru and Manus Island.
In the time in Nauru I felt my boat has sunk and I am buried and forgotten in the depths of the ocean.
These days, when will be intolerable that we left our country and family and passed the problems, passed the ocean challenge with hope to make a new home full of freedom, peace and safety in a Democratic country but we were exiled to an island in the middle of the ocean for the crime of being refugees in Australia.  We exile with unlimited expiry time .
All these pressures and the lack of health facilities and the treatment and Unhealed wounds from the homeland have caused us to suffer from mental and physical illnesses. Our arts are witnessed how deeply we have pain, one of the artists …  has a painting called  HOPE and BROKEN , which she has done to depict all the  children whose lives were broken on NAURU.

And my art which named I want to be a fish, wished to be a fish to swim across borders without limits and to reach another place from that island which was miles away from other land.

I want you to know that we, the community of refugees who sent to Nauru and Manus, we were saved from the ocean and nature by the decision of the Australian government.  They saved our lives so that we could give our souls and lives  to the politics of July 19 to become a lesson for all refugees who dream of reaching the land of peace and freedom, While they could have returned us like all the recent boats that came to Australia and returned to the country of origin.
This is how we have a share in the closure of Australia’s sea borders.

I am here in Australia without a visa, Without the basic rights of a human being and longing for freedom.
We do not ask the Australian government for a roof over our heads and food to eat.
We ask the Australian government for identity and freedom.
The lost pride and self-esteem of fathers who shamed their children under the tent while promising them peace and happiness.
Women and children who were victims of sexual abuse in Nauru and A pain was added to their suffering
Children who spent the sweet days of their childhood under tents with pain and tears and running on fields containing phosphates and in 10 years turned into teenagers and young people who not allowed to educating in Australia
The young people who ended their lives those whose death by suicide in Nauru and Manus because they had no hope for the future and buried their dreams with them in the depths of the ocean, and those who death did not allow them to taste freedom.
We want to wake up from this nightmare.
We want to break the boundaries of darkness and despair from the depths of the ocean and see the light of hope again and remember our dreams.

Lastly for finishing this message I would like  to thank my case worker Louise who has worked so hard to support us and my friend and supporter who has encouraged me with her kindness to start this way to do my art …. 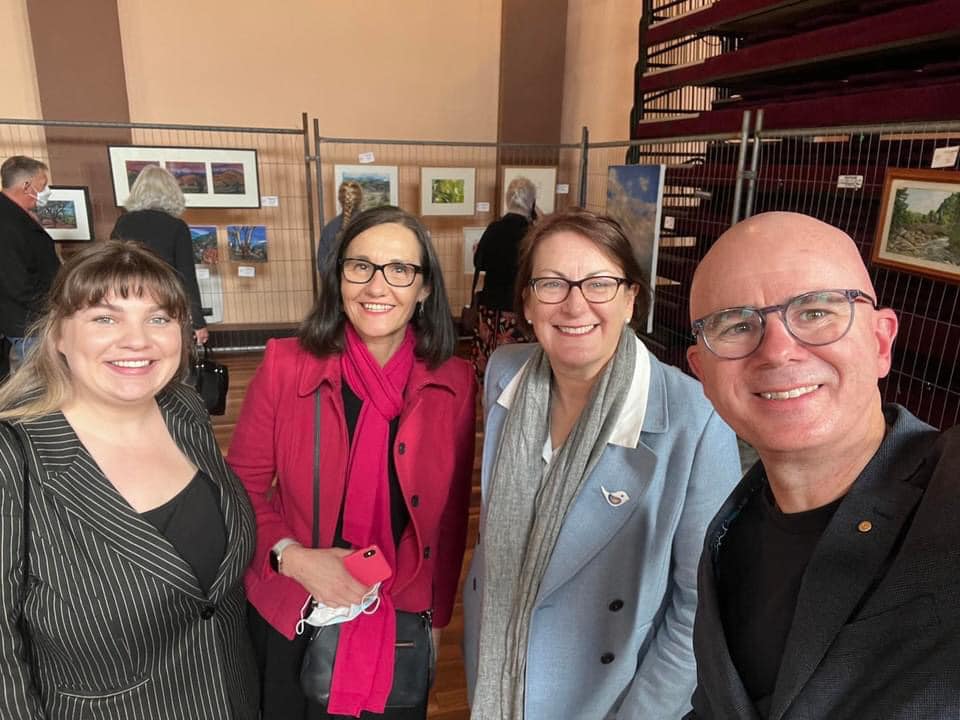 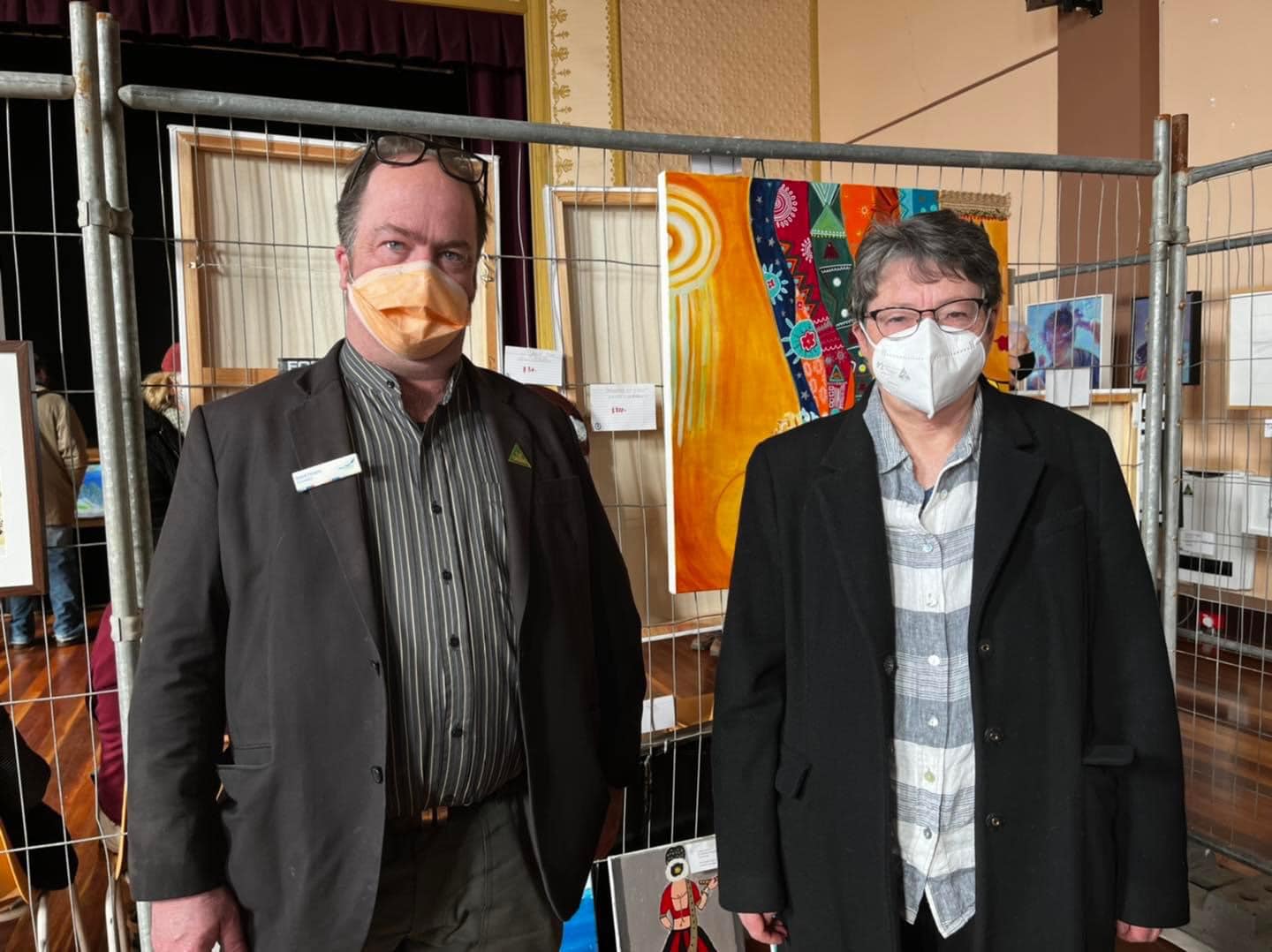 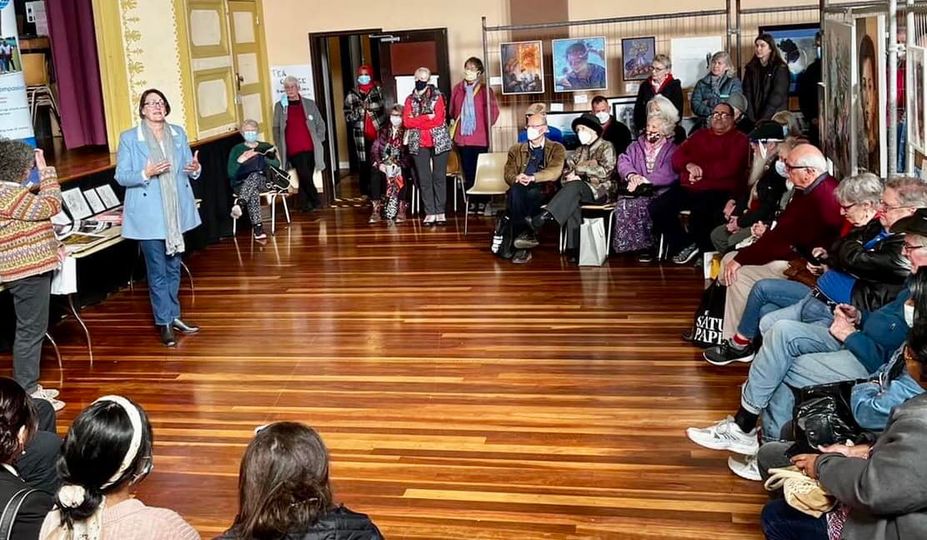 BMRSG is a a refugee support organisation made up of ordinary Australians from all sides of politics. Learn more about what we do.