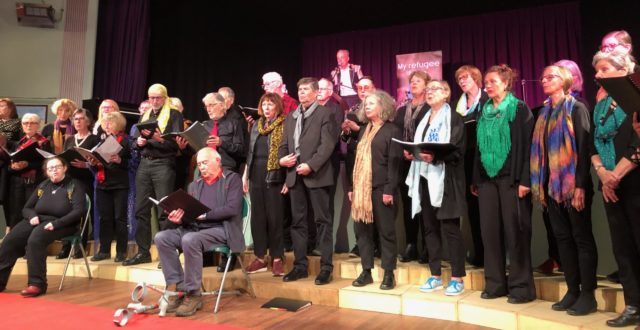 On Sunday 6th November an excellent set of musicians underscored the need for urgent attention to refugee and asylum seeker rights.  The Mic Conway and Robbie Long, Keyna Wilkins and the Heathens concert raised a goodly sum for the BMRSG as well as entertained and charged a receptive and enthusiastic audience of about 200 people in the Blackheath Hall.  This concert followed on from the twice cancelled ASYLUM concert, with Andy Busuttil in Lawson on 25 September.

Music is a great way to impact on hearts and minds! Starting the concert, we were privileged to be moved by the extraordinary work of Keyna Wilkins.  Keyna is a brilliant musician, with an expert command of piano and flute. Her work was accompanied by the voices and art of four men in detention.  Keyna described how she met the men with whom she then collaborated, describing the conditions of their cruel imprisonment for 9 years.  Meg Benson skilfully interviewed Keyna at the end of the set.

Christine Wheeler, choir leader for the Heathens, said, “Keyna is something of an unsung hero in the musical world for using her skills to tackle one of the greatest injustices brought about by successive federal governments in their cruel and inhumane treatment of refugees. So far, she has completed 6 projects with individual refugee poets and artists, some of whom are still detained in Nauru and record their contributions on zoom in between guards walking past their room. Keyna has asked for support for this fundraising project https://chuffed.org/project/pz8lmxrrrbkg”.

The Heathens, who have led four highly successful fundraisers for the BMRSG, followed sensitively linking Keyna’s material with a series of uplifting and joyful songs.

Mic Conway and Robbie Long, with their side splitting and toe tapping mix of vaudeville comedy and superbly executed fine music had the crowd in stitches and then in tears.  As Christine said so aptly, “perfect balm for Keyna’s intensity”.

Concerts such as these, professional line ups who donate their time free of charge or for a minimal contribution to their travel costs, take a lot of organising. The BMRSG is grateful to Christine Wheeler, Julie Brackenreg, Margie Tubbs, Jenny Fisk and Jude Finch for the months of effort that go into a fine concert such as this one. We are also grateful to the band of volunteers who make and serve cakes, boil the billy, sell tickets at the door and generally ensure that the audience has a great time.

The concert finished with a couple of take-home messages. The first was the need to write to Andrew Giles, Minister of Immigration, about the urgent need for the Labor Party to fulfill its pre-election promises to change refugee and asylum seeker policy to make Australia the welcoming safe haven that we all believe it should be. The second was to join the BMRSG as numbers say a lot. If you are reading this, you have already actioned this  – but you could invite your neighbour to join! 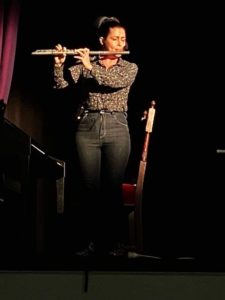 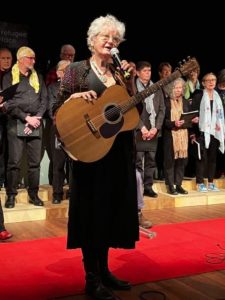 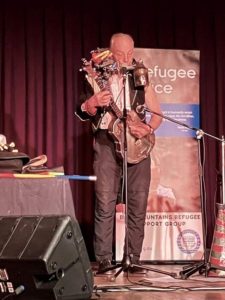 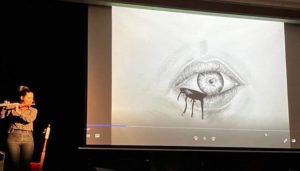 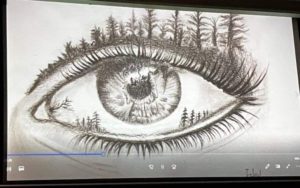 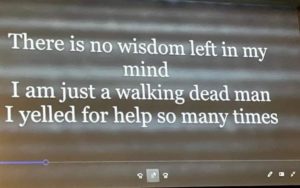 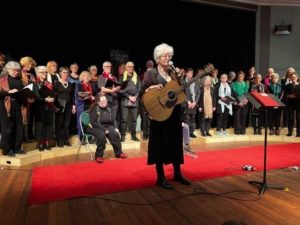 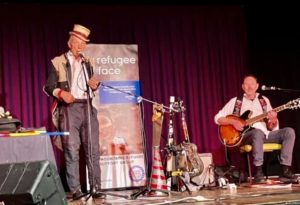