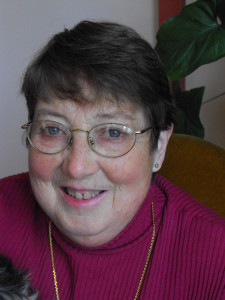 A local nurse has bequeathed the sum of $79,000 to the Blue Mountains Refugee Support Group. It is being used to fund asylum seeker student education.

Judy Gaskin, a long time caring visitor to the Villawood Detention Centre, had a keen sense of justice and compassion. She was appalled by how both major parties used refugee issues to divide the community. As a nurse she could see the effects of prolonged detention on detainees’ physical and mental health. She became passionate about helping young refugees become independent and saw education as an essential means to this end. Judy died a year ago leaving this bounty to continue her ambition to help young refugees.

The BMRSG has sought the advice of Dorothy Hoddinott AO, principal of Holroyd High School in Western Sydney since 1995, on how best to administer the money Judy left. Mrs Hoddinott is a well-known, strong public advocate for the human rights of refugees. Her school is equally well-known for its successful graduates, two thirds of whom are refugees from world trouble spots. Some of the girls had suffered brutal experiences, or had never held a pen in their own country.

When one bright young female refugee told her principal she had to drop out in her final year of high school because she was no longer eligible for welfare, being 18 years and on a protection visa, Hoddinott went into action. She paid out of her own money to secure Zainab Kaabi a place at Sydney University. More than that she set up, with donations, The Friends of Zainab Scholarship program under the auspices of the Public Education Foundation. This offers scholarships to refugees and asylum seekers only and has a stringent application process in place.

Noeline Nagel and Michael Morley (member and treasurer of the BMRSG) were extremely impressed by the commitment and level of support to refugees and asylum seekers by the school and its principal. As a result a large sum from Judy Gaskin’s bequest has been transferred to The Friends of Zainab and to Holroyd High to support the education of student refugees and asylum seekers, and to help those who are destitute.

In 2013 Hoddinott attended Zainab’s graduation from Sydney University where she had completed her degree in pharmacy. Zainab is only one example of a refugee who was given a chance to be educated and to live in peace. “Her life is better for it,” said Mrs Hoddinott, “but it is our community who will benefit from her talent.”