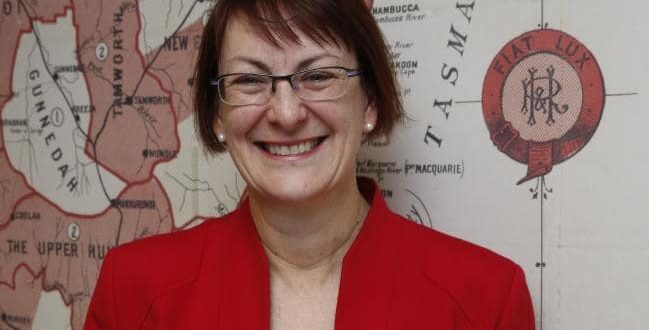 Member of Macquarie, Susan Templeman’s speech opposing the repeal of the Medivac legislation.

I rise to speak against any repeal of the Migration Amendment (Repairing Medical Transfers) Bill 2019, known as the medevac legislation. As was intended, the legislation that we passed earlier this year has ensured that sick people in detention on Manus Island, in PNG, and Nauru get the medical care they need. This was our objective, given that the offshore facilities set up six years ago as temporary offshore regional processing centres have become places of ongoing limbo, of indefinite detention, for too many people, not providing adequate high-level health services for sick people who are in our care.

This is a problem of the current government’s own making. They’ve been in charge now for six years and have failed to help these vulnerable people. Before there’s a howl of outrage from those opposite who seem to have missed the compassion gene in their DNA for this particular group of people and, sadly, for many others, let’s get some facts straight. The government has approved approximately 90 transfers to Australia on medical grounds, and 20 cases have been referred to the Independent Health Advice Panel, or IHAP. Of the 20 cases referred to the IHAP, the panel has upheld the minister’s decision not to transfer the individual on 13 occasions and overturned the minister’s decision not to transfer on seven occasions. So, that is seven times that someone has been refused by the minister but overturned by the independent panel. This is a decision made by an independent panel of doctors that the minister himself chose. This panel includes some of Australia’s best doctors, including the Commonwealth Chief Medical Officer and the Surgeon-General of the Australian Border Force.

There’s one other important point to make about these seven cases. The existing legislation that we worked hard to bring about ensured that the minister had final discretion over medical transfers on national security, public safety or character grounds. So, these seven people whom the minister objected to were not objected to for any of those reasons. That tells me that medevac is necessary, and it’s working. It tells me that the minister’s claim that ‘two doctors from Nimbin’ can force the government to bring people from Manus Island or Nauru to Australia is simply not the case. It tells me that the minister’s claims that ‘1,000 people would flood Australia’ through medevac is also not the case. If there are legitimate proposals to improve the operation of medevac, then Minister Dutton should put those amendments forward rather than simply trying to repeal the entire legislation. The government has not built a case for repealing this legislation. What is the case is that this bill has allowed people who desperately need care to get the medical treatment they require. It’s a human right, and one this government has failed to deliver for so long.

Last Saturday the Hawkesbury branch of Rural Australians for Refugees held a vigil for the people on Manus Island and Nauru for whom medical care came too late. I thank them for doing that, and I thank those who attended for recognising the lives of people who’ve died and for mourning their deaths. These are people who, in their attempts to flee from war or torture or death, found themselves in detention. They’re people like Hamid Khazaei, a man in his early 20s who died from a skin infection that turned into septicaemia in August 2014. The Queensland coroner investigating the death found that doctors on the island had urged his immediate transfer to Australia, but this was first ignored, including by the Department of Immigration bureaucrats who didn’t read their emails for up to 13 hours, and then it was rejected by the department. After further pleading from the doctors trying to treat him, approval was finally granted—two days after the initial request—to move Hamid, by now semiconscious and septic. But the department ordered that he be moved not to Australia but to Port Moresby’s Pacific International Hospital. There he was, unfortunately, misdiagnosed, treated with broken equipment and left unattended as he grew more and more critically ill. He suffered a series of cardiac arrests. By the time he was transported to Brisbane’s Mater Hospital he was profoundly brain damaged.

Queensland Coroner Terry Ryan, in handing down his findings, said that Hamid’s death was preventable and recommended that health care on the offshore islands be properly funded and run and be under the control of doctors or that asylum seekers and refugees be moved to Australia. That was in 2014. There was no action by this government.

The Independent Health Advice Panel tells us that the majority of medical consultations even now on Nauru are for mental health problems. In its first assessment of health facilities on Nauru the Independent Health Advice Panel found that there is no access to high-quality inpatient psychiatric care and that patients with severe mental illness are at a higher risk of suicide and should be transferred to a hospital with appropriate inpatient psychiatric care.

One of those who killed themselves last year was 26-year-old Fariborz Karami. Fariborz was a Kurdish Iranian asylum seeker. He was the 12th person to die within an Australian offshore immigration detention centre since 2012. At the time—and now—there were serious concerns about his 12-year-old brother too. Both his brother and his mother had pleaded for medical help for him, as he declined in the months leading up to his death. We don’t live in a country where life is cheap. These young men—people the age of my son—deserve a chance for a future.

I want to mention the conditions that medevac patients find themselves in, as reported recently in the media. From what I have seen and read recently in The Guardian it is clear that we are still missing some humanity in how we’re treating some people. Many of them are still effectively in a prison. There are reports of hotel rooms in Brisbane being used while others are in detention centres between Brisbane and Adelaide, but the conditions are not necessarily conducive to someone being adequately treated for a serious psychiatric condition. I urge the government to deliver, no matter where the treatment occurs, high-quality health care, as we are required to.

I also refer to comments by the Minister for Health in question time yesterday. He talked about mental health. He talked about the priority it was not just for this government but for this parliament. I ask that the minister apply those same principles to people who are in our care. We are responsible for people, and their mental health is something that we can make a difference to.

I think above all else, after six years of inaction, this government has to take up the renewed offer from the New Zealand Prime Minister, Jacinda Ardern, to resettle 150 people currently in offshore detention. It’s a deal that has been open to the government for years, and not a move has been made to take it. It would allow more people to be resettled and to rebuild their lives, as the US agreement does—and that must also be completed as planned. The governor of Manus Island, Charlie Benjamin, is also urging Australia to help resettle refugees to a third country. This is something everyone wants to see. I welcome comments by some members opposite, like the member for Monash, who recognises that Australia can’t continue indefinite detention and who is urging his own government to finish resettling detainees. It is good to hear that sentiment coming from the other side of the House.

In case someone tries to take my words out of context, I reiterate that Labor’s position on border protection is clear: we do support strong borders. Our policy and my advocacy for these measures don’t change any of that. You can have strong borders and you can show humanity and compassion for refugees and asylum seekers. They are not in conflict with each other. I wish that this government would remember that.