Tibetan refugees living in the Blue Mountains gathered alongside local community members and councilors to honor the 62nd Anniversary of the Tibetan National Uprising on Wednesday 10th March.  Since 2019 the Blue Mountains City Council has shown support for Tibetans and Tibetan refugees by unanimously moving to raise the Tibetan national flag in Peace Park, Civic Place outside the Council Chambers in Katoomba. Blue Mountains City Council is the only Australian local government to openly support Tibetans living in exile.

Event organizer, Kalsang Samzin, highlighted the sense of community that exiled Tibetans felt living in the Blue Mountains. The first Tibetan refugee settled in Katoomba thirteen years ago, and today there are approximately 70 Tibetan adults and children in the area.  All of them are refugees or children of refugees who fled Tibet after the Chinese occupation in 1950 and made the long trek over the Himalayas to reach safety in Nepal.  An emotional Ms Samzin called on Australia to stand up to China calling the Chinese Communist Party ‘the greatest danger to the world’. Ms Tenzin held Chinese authorities to account for the recent deaths of five Tibetan nationals.

Councilor Kerry Brown told the audience of how proud she was to have Tibetans living in the local community calling the Tibetans ‘very much locals.’ Cr. Brown supports independence and self-determination for Tibet and hopes one day that there will be a Tibetan refugee sitting on council. The motion to raise the Tibetan flag was put forward by Cr. Brown in 2019. Cr. Brown also spoke on behalf of Federal and State Greens MPs who all ‘stand in solidarity with Tibetans on anniversary of the peaceful uprising in 1959.’

The event marks the anniversary of the Tibetan uprising that began on the 10th of March 1959. The rebellion began after a revolt in Lhasa, the capital of Tibet, which had been under Chinese control since 1951. Protests were initially peaceful but tensions escalated and the People’s Liberation Army used force to put down the rebellion. It is believed that thousands were killed during the uprising. Since the Chinese annexation of Tibet it is estimated that 1.2 million Tibetans have died (almost 1/6th of the population of Tibet) and many have been imprisoned. 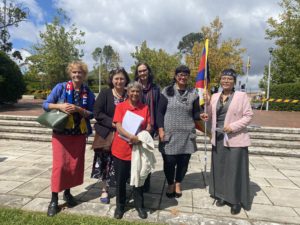 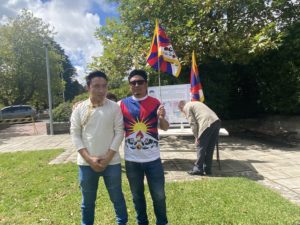 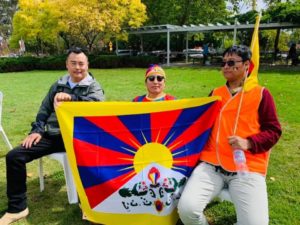 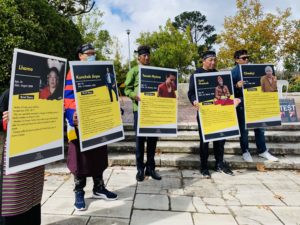 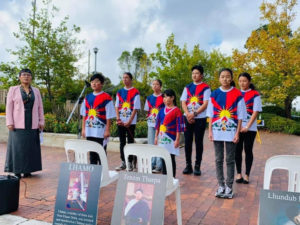