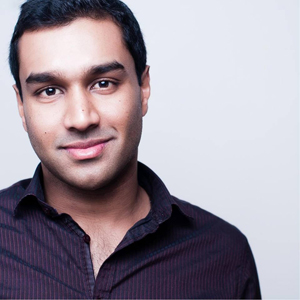 This is part 2 of our series on some of the diverse range of people who make up BMRSG. Mo Sabapathy’s parents came to Australia over 30 years ago and initially stayed in Villawood when it was a Migrant Hostel. Mohsen came more recently via a very different path. Both call the Blue Mountains home.

Mo has been a volunteer with BMRSG for over 5 years. He has offered invaluable support using his marketing skills. He set up the current MailChimp Newsletter and has been available for troubleshooting. He also initiated the Community Get Togethers which encouraged members in each town to meet regularly for coffee and a chat. He is now working with George Winston on the GiveNow marketing.

Mo says “I work as a small business marketer and live in Hazelbrook. My wife and I have enjoyed living in the Blue Mountains for nearly 6 years and recently had our first child.

My parents migrated from Sri Lanka when I was 18 months old. When we first arrived, we stayed in Villawood, in what was then not a detention centre but a migrant centre. My mother tells stories of first learning to make spaghetti bolognese there, and my father talks of the way he was helped to find a place to live and a job. I’ve seen the strength and freedom people can gain from compassion, from empathy, from being able to welcome newcomers because their society is bountiful and strong enough to cope with difference. I’d like to see these values of generosity return to our public discourse regarding refugees; I’d like to live in an Australia with less fear and more open arms for the newcomer and the stranger who needs help.”

Mohsen (not his real name) has lived in the Blue Mountains with a local family, since 2014 when he was released from Villawood.

He was born in Baghdad, Iraq as the only child of a Kurdish couple. Saddam Hussein’s treatment of Kurds (gassing etc) caused them to flee into Iran when Moshen was just 3 years old.    He grew up in Iran but as his family had no ID, they had no rights, life, as refugees, was tough.

In Iran he sometimes got work on a building site where he was sometimes paid and sometimes told to go away. He had no rights when employers stole from him/did not pay him. Sometimes he set up a mobile table to sell things but was often chased by police. He survived on his wits and with the help of his parents.

Since he has moved to the mountains he worked in a cafe for 18 months then did various odd jobs, then six months as a builders labourer where he hurt his back. Luckily his employer had insurance and he is now on a rehabilitation program under a specialist.

Mohsen is now living with Gary and Jean (not their real names), Gary says,  “He has become family. Jean treats him like she treats her other three sons and I treat him like a brother.  Moshen calls Jean ‘Mum’.

Mohsen has become well liked in the neighbourhood that he lives in. He has done odd jobs free of charge and is always friendly and diplomatic. His speaking skills have improved markedly in the time he has lived in the mountains.

He is funny, intelligent and charismatic.   Jean and I enjoy cooking so he has  cooked a middle eastern BBQ a few times and brought unusual, exotic Middle Eastern foodstuffs home.”

Mohsen says he enjoys living in the mountains, finds most Australian people more generous and caring than he found Iranian people and looks forward to spending the rest of his life in Australia.

He says he is especially respectful of BMRSG because of the way we help him and his friends.