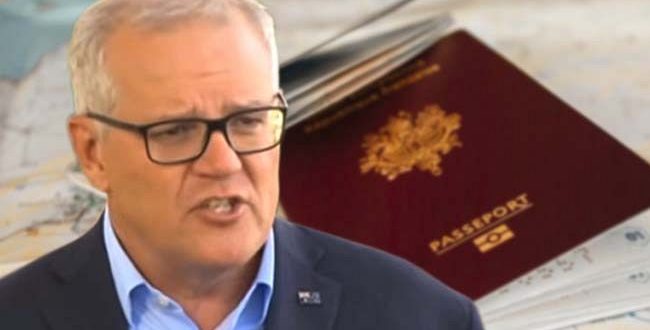 Trying to understand the Strengthening the Character Test Bill 2021, passed by the House of Representatives this week?

Dr Sangeetha Pillai has a handy thread on Twitter

Today, a government bill, the Strengthening the Character Test Bill 2021 is before the House of Representatives. This bill is the third attempt to introduce changes to the Migration Act previously put forward in 2018 and 2019. Both these previous attempts failed.

If passed, the Bill would that expand powers held by the Immigration and Home Affairs Ministers to cancel visas on character grounds. These character cancellation powers are already very broad.

So why does the government want to make these broad powers even broader? ‘Community protection’. The govt says it wants to ensure that dangerous non-citizens who are convicted of ‘offences such as murder, sexual assault or aggravated burglary’ will not be allowed in the community

That’s a quote from the Bill’s Explanatory Memorandum, which you can find here: https://bit.ly/3oUhcJI. The EM also says the Bill follows 2017 recommendations from the Joint Standing Committee on Migration report, that people convicted of serious offences should lose their visas

Keeping the worst kind of criminals out of the community might all sound quite reasonable. But current character cancellation laws *already* allow for basically any dangerous non-citizen to lose their visa on character grounds.

Under the existing law, character cancellation is *automatic* where a person is sentenced to 12 months or more in prison. This can be the term for a single offence, or the total term across numerous offences.

And this happens. People have had their visas cancelled, for instance, for being charged with offences for which they were later acquitted, or with no charge at all. I describe one example here: https://bit.ly/3Jxmr9Q.

The minister can wield his ‘God Powers’ to cancel Djokovic’s visa, but I have another suggestion

The Immigration and Home Affairs ministers have far more discretionary personal power than other members of government.

What this means is that it’s not enough of a justification to say ‘murderers and rapists shouldn’t get to keep their visas’. They already don’t. We should be asking the govt to point to clear things the new Bill would achieve, that the current law does not. It hasn’t done this.

You can read the current bill here: https://bit.ly/3HNMkBX. It’s almost identical to the 2019 iteration, which was negatived at second reading by the current Parliament. Given that, it’s quite surprising that the Bill has been reintroduced with very few changes.

All three iterations of the Bill have been heavily criticised. Across three Parliamentary Committee inquiries, 90 submissions have been made. Only 5 have supported the proposed laws. The other 85 express serious concerns, often based in deep expertise and detailed at length.

My own take on the current Bill is here: https://bit.ly/34IXlWU. The Parliamentary Joint Committee on Human Rights and the Senate Standing Committee for the Scrutiny of Bills have also expressed concerns, echoing many of those in submissions that have been made.

Despite the weight of these submissions, the government-led Senate Standing Committee on Legal & Constitutional Affairs recently recommended that the current Bill be passed. Its report is here:

The Bill is currently before the House of Reps. Immigration Minister Alex Hawke has said it’s a ‘test for Labor’. And media reports today have suggest that Labor will not block the Bill in the lower house:

But, in the recent Senate Committee report, Labor put in a dissenting report, expressing serious concerns about the Bill, and recommending against its passage. So did the Greens. So even if the Bill passes through the House, it’s not clear where the numbers will ultimately fall.

And…it’s passed. With what @ConstitLawAushas described as ‘muted suggestions of a constitutional challenge’, on separation of judicial power grounds

You can read Dr Sangeetha Pillai’s submission to the Senate Legal and Constitutional Affairs Committee on the bill here.

Download:   Amy Maguire, ‘Government’s bid for an enhanced “character test” is unnecessary – and unlikely to pass before the election anyway‘, The Conversation, 16 February 2022