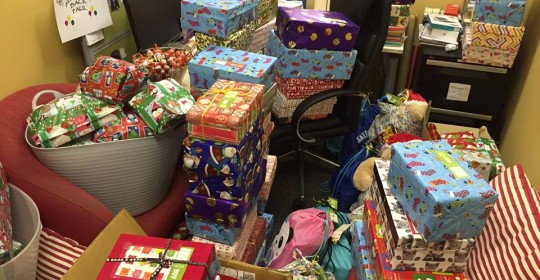 Our two main concerns were to support detained families and people who were indefinitely detained. We met mainly with people from Sri Lanka, Iraq and Iran.

At times Housing was at capacity with over 40 people in the 8 units. On occasion the number of detained children exceeded the number of adults.
Issues which came up during the year included access to adequate medical care, depression and loss of hope, provision of meaningful activities – particularly for long-term detainees, access to schooling for children, access to computers, lack of privacy in the unit accommodation and the constancy of “welfare checks” throughout the day.

The best news of the year was the gradual release of indefinitely detained men, women and their children who had previously received adverse security assessments and had been held for an average of about 5 years or more. Currently only 3 men in this category remain in Housing awaiting release.

Recently, several families and individuals previously held on Nauru, some for months, others for up to 2 years, have arrived in Housing for medical attention, which cannot be provided on the island. A few of these people have been subsequently moved out of Villawood into Community Detention. Although their long-term prospects for settlement in Australia remain uncertain (they may be returned to Nauru), their chance to live in a more normal, less-confined context is welcome.

Because families continue to arrive at Housing from Nauru the visitor group will keep visiting, but the group is also in the process of expanding its role to supporting those people who have been released and who now need assistance with issues such as accommodation, training, and finding work

Several women have been referred to Fitted For Work at Parramatta.
Skills are the secret to employment so the Group has helped a number of refugees to attend courses to prepare themselves for work. However, those with overseas qualifications find it very difficult to have their qualifications recognized. Grant assists these people to improve their English skills and has helped raise funds for recognition of overseas qualifications. The Group has provided several refugees with no interest loans to complete training courses and attend TAFE.

Our web page Employ an Asylum Seeker has attracted a fencing contractor from Roma, Queensland, looking for a refugee prepared to relocate and Air Brake Systems at Hornsby replied wanting employees.
A link has been established with Sydney Refugee Team (a Christian organisation doing similar work to BMRSG) regarding ways to help.

The Community Visiting team mushroomed in 2015. We now have a dedicated team of 21 visitors drawn from all walks of life and with a huge range of expertise.

The picture changes all the time, but the end of 2015 saw us supporting 38 families and households on an ongoing basis. We provide a variety of practical, material and moral support, but most of all a welcoming and friendly face. It is a joy to stay in touch with many others as their situation improves and they become more established.

Our Christmas Welcome Shoebox Project proved an outstanding success. Working together with the Mountains Youth Service (MYST) in an innovative partnership which we hope will continue, we were able to realise an idea developed by two gifted young women Annabelle and Alana, from Winmalee High School. Over 200 shoeboxes and gift bags were collated, collected and distributed to children of many nationalities. For some children, sadly, it was the only Christmas present they would receive.

The overwhelming generosity, empathy and thoughtfulness of young people and their families here in the mountains was very moving. This was a great testament to the power of young people and an important antidote to current harsh policies. For more on this story see the full article on our website.